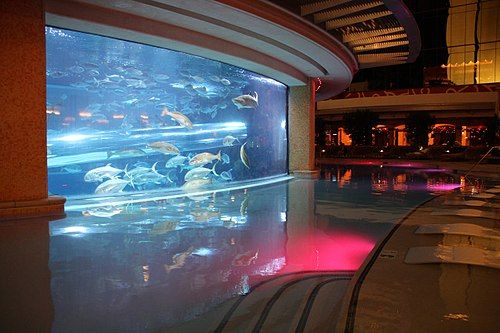 The contract will preclude any further strikes by the union, at least for the next four years. The Golden Nugget Atlantic City Hotel and Casino has also signed the agreement, making them the final Local 54 Unite Here member to do so.

Moreover, the deal specifies a new provision of protection for employees with healthcare and pension benefits. It aims to focus on satisfying the demand of improving the workers' wages in order to assist them to deal with the growing cost of living.

One of the causes of the need for pay raises was the pandemic's repercussions, with Atlantic City's casino industry acting as the main driver of the region's post-pandemic recovery. In addition to increases in rent, food, gasoline, and other living expenses, inflation and global economic uncertainty are to blame for the price increase.

The pandemic's repercussions were one of the causes of the need for pay raises, with Atlantic City's casino business serving as the primary driver of the region's post-pandemic recovery. Inflation and the global economy also play a role, in addition to increases in rent, food, gas, and other living expenses.

In response to the union's request, MGM and Caesars established the basic salary for hourly employees at $18 per hour, with the expectation that it will increase to $22 by the conclusion of the contracts in 2026.

According to earlier reports, if the current accord is unsuccessful, a massive labor walkout would occur on Saturday against the city's casino. The union's president, Bob McDevitt, issued the following statement in reaction to the negotiations, “The future of the city is secure, the leadership of the industry is sound, and Local 54 will always fight for the rights of workers.”

“We were one of the final casinos that was approached for negotiations and we are proud it was a swift and amicable agreement,” the vice president and general manager of the Golden Nugget, Tom Pohlman said, highlighting that the casinos are pleased with the decision and the outcome of the deal.

“We are excited to be moving forward together and focusing on the quality and level of service that customers have come to expect from the Golden Nugget.”

According to reports, union workers will officially ratify the agreements next week. The decision was taken in accordance with the deal made by The Resorts casino which finished its discussions on Wednesday, and the Golden Nugget on Thursday.

“It’s a great deal,” said Mark Giannantonio, Resorts president in a statement. “We’re really thrilled for the employees. They’ve been working really hard for us, and now we’re happy we can put this behind us and move forward with our business.”

Earlier in July, the Unite Here Local 54 union and four Atlantic City casinos were successful in reaching a tentative deal that mandates a pay increase for workers, and the union declared the tentative agreement a "contract victory" in a statement issued on July 1.

The Division of Gaming Enforcement (DGE) of New Jersey has fined Caesars ...