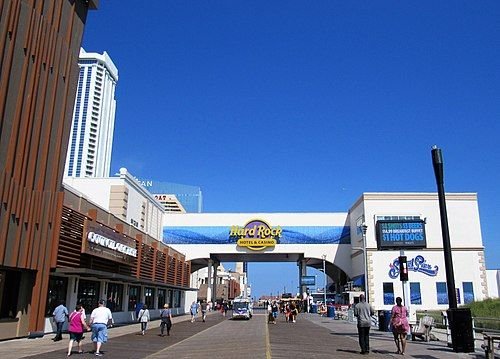 The arrival of the Hard Rock Hotel and Casino in Atlantic City four years ago has changed the face of the city's entertainment industry. As the casinos started to recover from their financial troubles, the property has attracted a slew of prominent acts that would not have been considered for performing in the area five years ago.

Joe Lupo, the president of the Hard Rock Hotel and Casino in Atlantic City, has been instrumental in developing the city's musical offerings. He has been a part of the casino industry's development for over three decades. He started his career with Boyd Gaming and became vice president of operations for the Borgata Hotel & Spa. During this time, the president realized that the importance of premier entertainment was acknowledged.

When the Borgata opened in 2003, Lupo was tasked with bringing new customers to Atlantic City. The goal was to establish a reputation as a place where people could come from around the world. Music was a great way to do that, as it draws people from different backgrounds.

"With Borgata's opening in 2003, our goal was to bring new customers to Atlantic City, which had a longstanding reputation as a gambling town," Lupo said. "Music—a driver for attracting all kinds of diversity and different segments of the population—was a great way to do that."

One of the most prominent acts performed at the Hard Rock Hotel and Casino in Atlantic City is the legendary rock band KISS. The Etess Arena, which has a capacity of 5,500, has been filled with thousands of fans in the last year.

After he joined Hard Rock International in 2016, Lupo was tasked with leading the property's entertainment division. He is currently working with Michael Woodside, the vice president of entertainment, to continue to elevate the property's musical offerings.

Through his extensive experience in the casino industry, Lupo has successfully pushed the boundaries of the musical landscape in Atlantic City.

According to Geoffrey Gordon, the regional president of Live Nation Northeast, the company has a lot of great partnerships in Atlantic City. Lupo had been instrumental in developing and solidifying these relationships.

"We have many great partnerships in Atlantic City," said Gordon. "Joe Lupo has been instrumental in helping us build and solidify those relationships over time and grow the market as a true entertainment destination."

One of the most important factors that the Hard Rock Hotel and Casino has in its arsenal is the Etess Arena, which has a capacity of 5,500. In the last 12 months, it has hosted various prominent acts such as Guns N' Roses and Andrea Bocelli. It has also created a more intimate setting for these performances.

According to Lupo, the goal of the company's entertainment division is to grow its revenue by providing a compelling and unique experience for its customers. He said the goal is to create a weekend to allow customers to experience the resort and its attractions.

While the success of the Etess Arena may not contribute to the gaming revenue of the hotel and casino, it can still provide customers with a compelling and unique experience. Lupo said that the venue's success can also help boost the hotel's overnight stays.

The company's prime-the-pump strategy has successfully boosted the hotel and casino's revenue. Through June, the Hard Rock Atlantic City's revenue had increased by 27.8 percent compared to the previous year. Its operating profit also rose by 213 percent during the year's first quarter.