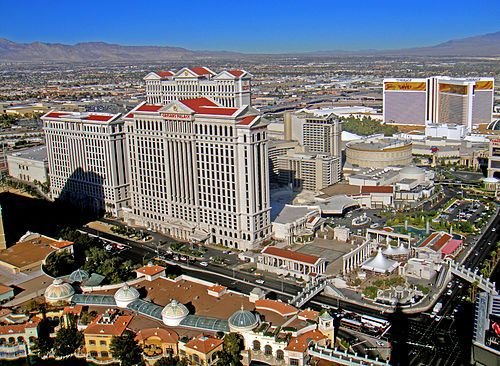 The Division of Gaming Enforcement (DGE) of New Jersey has fined Caesars Entertainment, which owns the Tropicana, Caesars, and Harrah's casinos in Atlantic City, $50,000 for multiple violations. These include multiple instances of repeated regulatory violations.

The DGE imposed a fine on Caesar's Entertainment for failing to properly register and license its key employees. In a letter dated July 7, 2022, DGE Director David Rebak explained that the company failed to comply with the law because it did not have the necessary permits for 49 of its employees. These individuals were in various positions within the casino, including purchasing, marketing, credit, and human resources.

Since Resorts became the first casino in New Jersey to operate in 1978, the state has enacted strict regulations regarding the licensing and registration of gaming facilities.

The Casino Control Act of New Jersey requires certain state casino employees to be registered with the DGE. The agency conducts background checks on these individuals to ensure that the gaming industry is free from potential bad actors.

It's surprising that a company as experienced and prominent as Caesars could have been so lax in its approach to addressing these issues. In May 2021, the company reported to the DGE that it had employed seven IT specialists who had inactive registrations. Caesars noted that it would look for other inactive employees.

In November 2021, the DGE received another report about 40 violations by Caesars. Many of these employees had not registered at all. Due to the number of violations, the agency gave the company a deadline of January to register its employees. As of February 4, 37 of the company's employees had registered.

In an earlier case, Caesars resolved the issues related to the number of violations. On February 25, 2021, the company reported to the DGE that about 60 alcoholic beverage and casino employees were working without the proper permits. The issues were fixed on March 31.

In each of the cases, the DGE noted that the company failed to provide the necessary information to the agency regarding the individuals it employed. For instance, in some cases, the information provided by the company was not included in its monthly reports.

Rebuck noted that the company's failure to address the various violations could lead to additional regulatory actions.

In a separate filing, the DGE revealed that it had ordered the company to forfeit over $22,000 in gaming winnings. The money was taken from the accounts of 44 individuals who did not have the proper identification documents, left their assets, or were banned from any gaming activity.

Caesars did not dispute the DGE's findings, and its counsel did not object to the partial forfeiture of winnings from all players. In addition, the agency ordered the company to forfeit over $6,714.30 in gaming winnings from seven customers with similar causes.

Caesars agreed to pay a $50,000 fine as part of its settlement with the DGE. The agency noted that the company's failure to comply with the law was a serious issue it had to address.

"Caesars has agreed to pay such an amount in recognition of the seriousness of its failures relating to non-compliance," Rebuck said.

Rebuck noted that the agency would also pursue further monetary penalties against the company if it discovered that more employees were not registered.