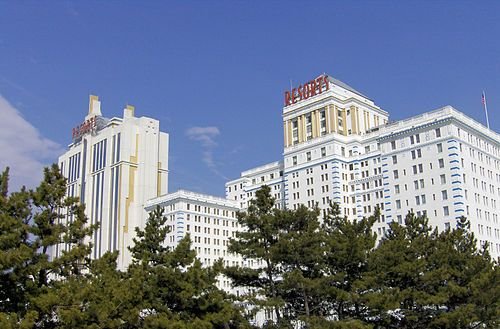 Resorts Digital Gaming (RDG) has announced a collaboration with Slot Squad to create a “unique online experience” for casino users in New Jersey.

Slot Squad will interact with customers through RDG’s platform Resort Live, which is designed to introduce casino games and content to the gaming market. The “pioneering deal” with Slot Squad is expected to attract new customers.

“We are excited to bring on the Slot Squad to introduce a wider online audience to our digital platform, and we are delighted to partner with them to create an immersive online experience for our customers,” said Ed Andrewes, RDG’s chief executive officer.

Solo Squad is a group of casino influencers. The team was established in January 2020. They aim to curate casino content that is specific to the U.S market.

“The Slot Squad has gained notoriety for their live Twitch streaming of online slots and table games, along with their vlogs of land based casinos across the USA,” said Slot Squad founder, David Copeland.

“This partnership is just the beginning. As we grow together, we look to immerse online casino players into the amazing atmosphere of the original Resorts Casino through a variety of unique initiatives.”

Copeland also said that the partnership would “bridge the gap between online players and in person experiences”. Therefore, the team expressed excitement about working with RDG.

The partnership also involves the creation of in-person live streams at the Resorts Casino in Atlantic City. Later this summer, Slot Squad will take part in the first broadcasts.

Partnership with Solo Squad is a part of RDG’s plan to expand its presence. Andrewes said that when RDG opened in 1978, it was "the first casino hotel in Atlantic City, and the first legal casino in the United States, outside of Nevada."

According to Andrewes, since then, RDG has always aimed to "create innovative ways" for the customers to enjoy slots and table games, including the launch of its online casino at resortscasino.com.

Recently, RDG also made a deal with Playtech, a gaming provider. This partnership aims to offer products and services to New Jersey players. People in the state can access gameshow, live casinos, and online casino content at RDG’s website. The live casino games are streamed from Playtech’s studio in Atlantic City, New Jersey.

Regarding the partnership, Andrewes said that the company is "extremely excited to close this deal with Playtech and bring an enhanced gaming experience to our customers, thanks to Playtech’s innovative products and services."

“We look forward to expanding and diversifying our Live Casino entertainment product range, with a whole host of new games set to enter our universe," he continued.

Previously in 2021, RDG and EveryMatrix collaborated to deploy casino games in New Jersey. The state became the first market on the list while waiting for online casino regulation in other states.

The expansion plan becomes more important as RDG faces some competitors in New Jersey alone. Borgata led the market by reporting $40,54 million in revenue throughout June, an 18.1 percent increase compared to last year.

The Division of Gaming Enforcement (DGE) of New Jersey has fined Caesars ...