Welcome to our top 10 list of the biggest casino wins in New Jersey. Take a look below to see our shortlist of those lucky gamers who have truly hit it big with their casino gaming in the Garden State!

From multi-million dollar wins in Atlantic City’s biggest casinos to some truly monumental jackpots won in New Jersey’s many casino sites, there are plenty of heartwarming stories here. So keep reading and get some inspiration for when you next try your luck at New Jersey’s best slots and table games!

Read More
Casino of the Month

Amazingly the biggest casino win in New Jersey dates back to April 2006. This is when an 84-year-old woman called Josephine Crawford somehow hit a $10 million jackpot in Atlantic City. The retired waitress from Galloway Township was playing the slots at Harrah’s casino hotel when she struck gold. Not bad for someone who’d never previously won more than $1,000 in an entire lifetime of casino gaming.

One of the biggest casino wins in New Jersey came relatively recently when a woman hit a $3.5 million jackpot by playing online slot games. The woman, known as Dori B, was playing the MGM Grand Millions slot on the Borgata app and she hit the jackpot with just a $10 stake. What to spend this life-changing amount of money on? Dori B said that she’s spending her millions on family vacations and volunteer work.

A woman known as Sherri W. managed to win a stunning $3.2 million by playing the Luck O’ The Jackpot online slot game in August 2020. The New Jersey native reportedly put down a single $2 bet at the BetMGM site and set a new record of jackpot wins in the state. Definitely something to consider when you’re next thinking of putting down a couple of bucks on an online slot game.

Donna of Hazlet, New Jersey managed to win a staggering $1.64 million on the Wheel of Fortune slot machine in September 2021. The 35-year old woman scooped up one of the largest wins in the past decade at the Resorts Casino Hotel. All of which shows that someone has to win these massive jackpots sooner or later.

A New Jersey contractor racked up a massive $1.3 million win when playing at the Hard Rock casino hotel in Atlantic City in October 2020. The man, known simply as James, put down a modest $5 bet on the Ultimate Texas Hold’em game and managed  to hit the Royal Flush Mega Jackpot. He claimed afterwards that the whole experience was certainly different from his usual work of laying down pipes.

Frank Nagy from Monmouth County racked up a sensational $1.1 million jackpot win in Atlantic City in February 2021. What’s remarkable is that this spectacular amount was won with just a $5 bet on a progressive poker game. Plus we should note that the gamer even offered the dealers at the Tropicana casino resort a staggering $50,000 tip. If only all casino gamers were so generous with their winnings.

Massive wins at the Borgata in Atlantic City ($1 million)

December 2018 saw an 85 year-old man getting a $1 million jackpot for just a $5 wager at the Borgata casino and hotel in Atlantic City. It marked the first time that Borgata had ever paid out a million-dollar jackpot since it opened its doors in 2013. The gentleman from Lakewood, NJ was playing the Three Card Poker game and hit the jackpot on the ‘6 Card Bonus’ mini-game. It marked a truly happy time for the man as his wife had just been diagnosed as being cancer-free just the day before. All of which shows that the casinos of Atlantic City can help deliver some happy endings.

May 2020 saw a man known as Scotty W earned a cool $1 million from a single spin of an online slots game. The New Jersey resident was playing the Pillars of Asgard slot on the Golden Nugget site, and it marked the largest ever win made with a single spin since online casinos were legalized in New Jersey in 2013. However, as we can see from the above jackpots, these prize winnings have swiftly been eclipsed.

An unnamed woman from Mantua, New Jersey managed to win a stunning $288,000 playing online slot games in September 2021. What’s remarkable is that she was at work in the middle of a conference call at the time. The woman had reportedly put down a $2 bet on the Divine Fortune progressive jackpot slot at the Sugarhouse casino site. This was the largest slot payout that’s been registered at Sugarhouse since the operator came to New Jersey in September 2016.

March 2018 saw Anibal Lopes from Woodbridge, New Jersey winning an impressive $193,000 on the Divine Fortune jackpot slot game. The 33-year old managed to get the progressive jackpot win after no one else had bagged the top prize since September 2017. While the overall jackpot amount might not be too incredible in comparison to the other jackpots featured here, it’s still a decent amount.

Obviously these stories focus on those gamers who’ve gotten very lucky when casino gaming. After all, pretty much all slot games are weighted in a way that gives the house the edge. But this isn’t to say that you’ll never make a big win when playing slot games as long as you remember to always gamble responsibly at fully regulated casino sites.

So be sure to check out our comparison of online casinos in New Jersey to see where’s the most likely location of that next massive jackpot win. Just don’t forget to pick up a good welcome bonus when you sign up to one of these NJ online casinos!

🎰 Which are the loosest slots in Atlantic City?

Make sure that you read our guide to see which slots in Atlantic City have served up the biggest casino wins in New Jersey. We’ve also got a separate guide that gives you a handy top 10 of the best slot machines in Atlantic City so that you can find out more about these casino games. All of which should give you plenty of help when you chase after some big wins with your slot gaming.

💰 How big are Atlantic City jackpots?

Check out our guide to the biggest casino wins in New Jersey. This will quickly reveal exactly what kinds of jackpots you could look forward to getting should you somehow strike it lucky in Atlantic City. We’ll even just you a list of candidates for the largest casino in Atlantic City so that you get a good idea of where you are most likely to land that massive jackpot.

👤 Who was the latest Atlantic City jackpot winner?

Read our guide to see a constantly updated list of the biggest casino wins in New Jersey. This will quickly reveal who has recently hit it big when casino gaming in Atlantic City. We’ll let you know what kinds of jackpots were claimed and we can even show you who’s been getting lucky at New Jersey’s gaming sites in our online casino NJ news. All you need to get inspiration for your own online gaming.

👀 Where’s a list of the Atlantic City casino big winners?

❓ How much do Borgata slot winners usually win?

Borgata is arguably the biggest casino in Atlantic City and there has been no shortage of gamers who have managed to get lucky playing the slot games there. So read our guide to the biggest casino wins in New Jersey to see whether any of these wins were made playing slot games at the Borgata casino in Atlantic City. All of which should give you a good idea of whether the slots at Borgata are worth playing. 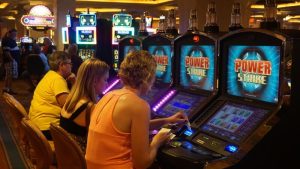 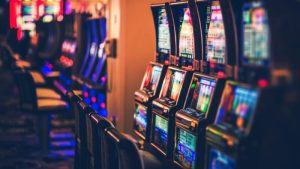